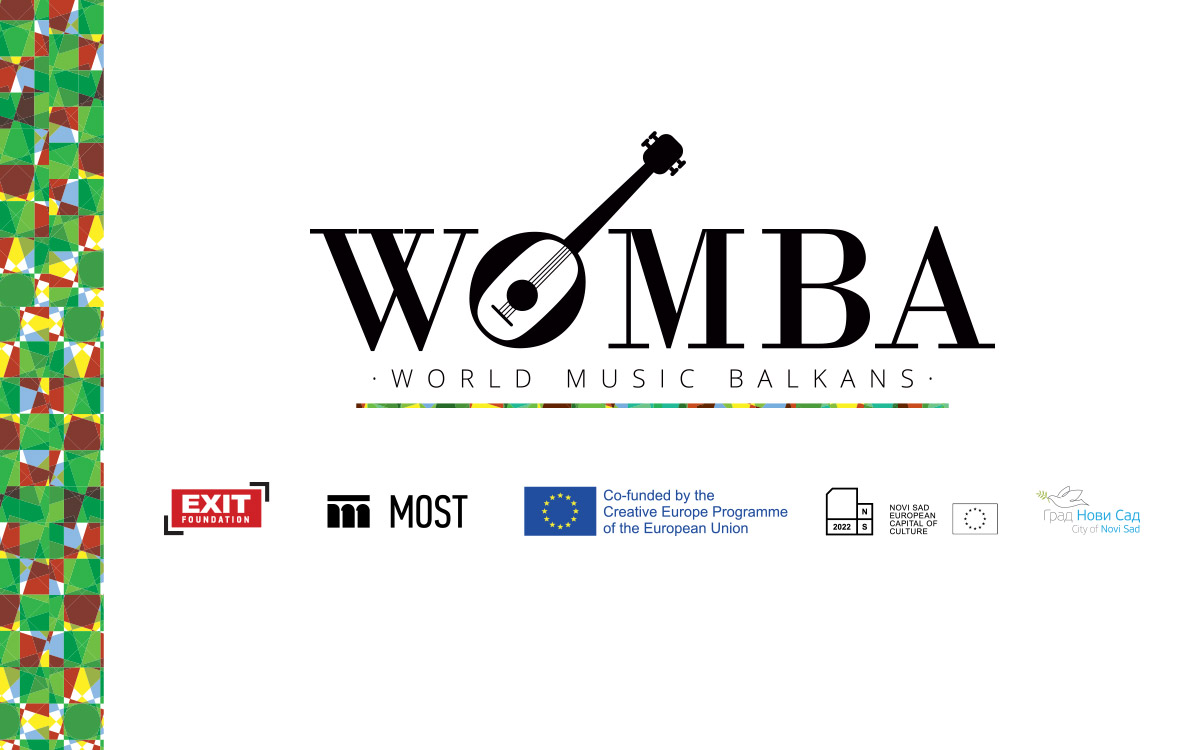 A new platform for the promotion and export of Serbian and the Balkans music to the World.

World Music Balkans (WOMBA), the new music platform of EXIT Foundation, will be presented at this year’s edition of the EXIT festival, from 7 to 10 July, through a conference of the same name and a special premiere showcase. The three-day WOMBA conference from 8 to 10 July will gather more than a 100 delegates from the music industry on panels such as The Hidden and Authentic Balkans, Regional Development and Promotion of Creative Industries, Building Bridges between the Balkans and the World, Conscious Music is Coming and Music Export Offices & World Music, which will be held in the new Wellness & SPA resort “Fruška Terme” on Fruška Gora, not far from Petrovaradin and the Petrovaradin Fortress.

The platform was created within the project “MOST – The Bridge for Balkan Music“, which was supported by the Creative Europe Programme. The EXIT Foundation is, along with Hangvető, Piranha Arts (the official organizer of WOMEX – World Music EXPO), Songlines (the world’s leading World Music media) and six other partners from Europe, an important partner of the MOST music project, with which it is building bridges that connect the Balkans and the global music market, through the creation of connections, experiences and space for exchanges.

The WOMBA conference will open on Friday, 8 July at noon by EXIT Festival founder Dušan Kovačević, while the main speaker at the opening will be Ben Mandelson, founder of WOMEX-World Music EXPO and member of the Supervisory Board of Piranha Arts. The focus of this panel will be on the “why” and “how” when it comes to World Music, and the founder of WOMEX – the most important World Music global event, fair and showcase of world, roots, folk and traditional music, will present his own thoughts and experiences regarding the internationalisation and export of music.

These and many other questions will be discussed in depth by the relevant speakers, experts and over 100 delegates-music professionals from Europe and the world, during the three days of the conference from 8 to 10 July. They will tell stories about the undiscovered Balkans traditional music, which, in fusion with other musical trends and modern production, brings about the extraordinary quality to the world music scene. They will provide new perspectives when it comes to encouraging regional alignment on the World Music scene and present the concept of music export offices, as well as ideas on their opening and development on our market. The delegates and visitors of the WOMBA Conference will have a special opportunity to meet, network and connect, both with the panelists and with each other, and the entire programme with all the panels and lecturers, as well as registration for those interested in visiting the conference, are available at the official World Music Balkans (WOMBA) website.

As part of the platform, a first ever WOMBA showcase will be presented on EXIT’s Pachamama Stage, where the ten winners of the MOST music call from six countries in the Region will perform. Eclectic melodies of the Balkans music will be brought by the rising stars Almir Mešković and Daniel Lazar Duet, Divanhana, Naked, Oranitza, Dina e Mel, Flying Nomads, Lenhart Tapes and Tijana Stanković, Perija, Shkodra Elektronike and E.U.E.R.P.I. Numerous representatives of event organisers around the world will thus have the opportunity to “book” on the spot, i.e. contract the performances of the presented musicians, and thus “export” the Balkans music to the world. In addition, journalists from specialised global media will have the opportunity to convey their impressions from the showcase performances and to, in this manner, present the talents of the Balkans music scene to a large audience.

The aim of the new World Music Balkans (WOMBA) platform is to connect and promote artists, promoters, events, publishing houses and organisations from the Region focused on authentic traditional music of the Balkans, while strengthening the market of the World Music genre in this part of the planet and striving to make a breakthrough for traditional music from our area to the rest of the world.

The WOMBA showcase has been also supported by Foundation “Novi Sad – European Capital of Culture” within the Fortress of Peace arch, and City of Novi Sad- Council in charge for Culture.

In addition to the WOMBA Showcase and the conference, the programme of the Pachamama Stage will be colored by meditative and spiritual melodies brought by the world’s leading names of New Conscious Music, the rising subgenre of the World Music – Mose, Fia, LAOR, Maya Kamaty and Praful.

This project has been funded with support from the European Commission. This web site reflects the views only of the authors, and the Commission cannot be held responsible for any use which may be made of the information contained therein.

Hello! We use cookies in order to improve your experience

WOMBA uses cookies so that we can provide you with the best possible user experience. Cookie information is stored in your browser and performs functions such as recognizing when you return to our website and helping our team understand which parts of the website are most interesting and useful to you.

Strictly Necessary Cookies should be enabled at all times so that we can save your preferences for cookie settings.

If you disable this cookie, we will not be able to save your preferences. This means that every time you visit this website you will need to enable or disable cookies again.

We use Google Analytics to collect anonymous information such as the number of visitors to the site, and the most popular pages.

We use Google Ads in order to advertise and promote our products and services when users search for the relevant keywords.

We use Facebook Pixel in order to gain an insight into users that also use Facebook. This allows us to better reach our target audience, improve sales, and analyze campaign results.

Please enable Strictly Necessary Cookies first so that we can save your preferences!